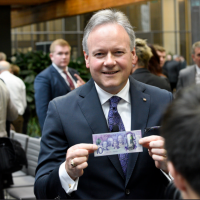 What shape is your economic curve—V, U, W, or L?

Two weeks before Stephen Poloz leaves his position as governor of the Bank of Canada, he's issued an optimistic assessment of Canada's economic potential.

In a May 21 briefing with reporters, he pointed out that the financial markets have improved. And he predicted that the housing market will also be able to rebound

That's because it had already stabilized somewhat before the pandemic was declared in March.

In addition, Poloz described media headlines as being "a little too dire"—while still acknowledging that the timing of the lifting of health restrictions will play a huge role in any recovery.

His comments contrasted with a bleak assessment delivered by the president of the CEO of the Canada Mortgage and Housing Corp., Evan Siddall.

Speaking before the Commons finance committee on Tuesday (May 19). Siddall talked about a "debt deferral cliff" that will come in the fall. This will occur when those who lost their jobs in the spring will be required to resume making mortgage payments.

“As much as one fifth of all mortgages could be in arrears if our economy has not recovered sufficiently,” he declared.

Siddall also suggested that home prices could fall by up to 18 percent over the next year in some parts of Canada. 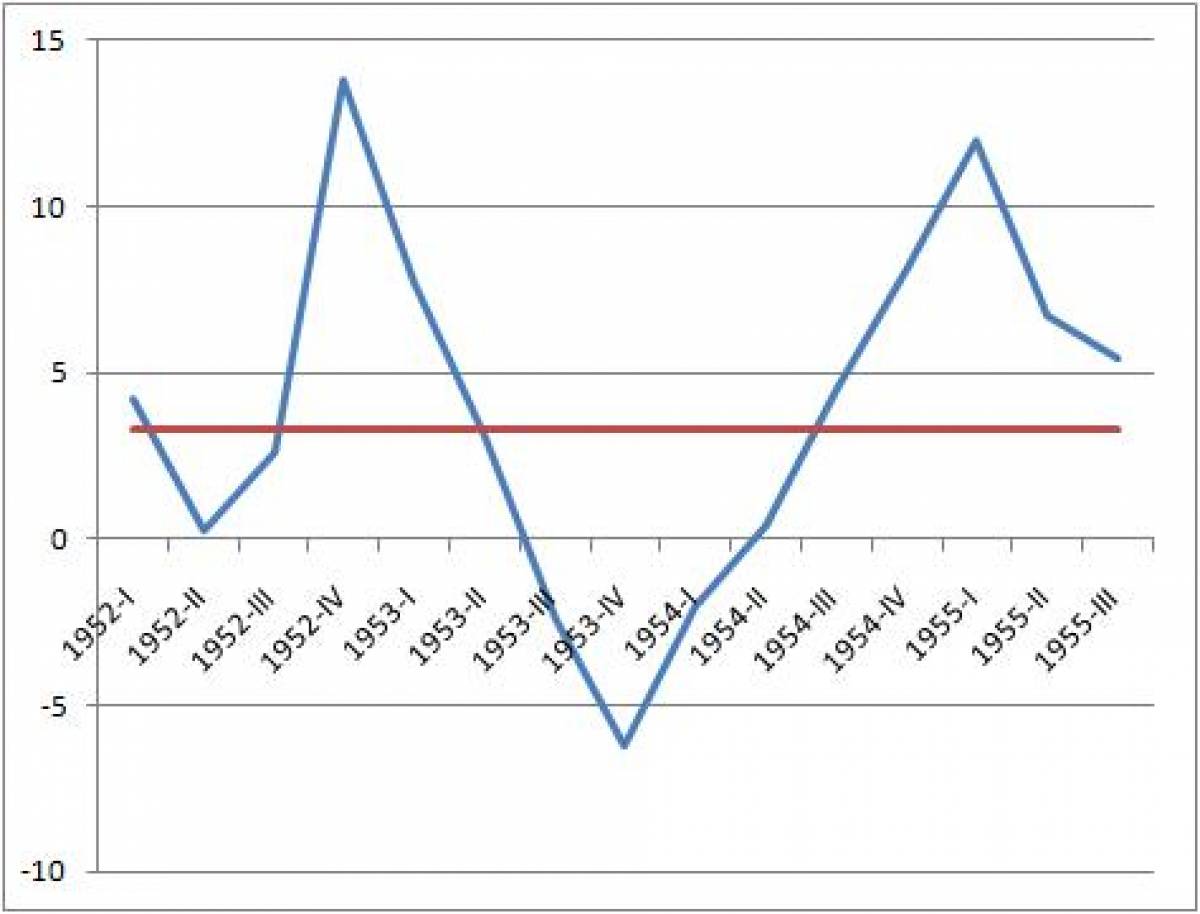 This was the V-shaped economic curve of the U.S. recession of 1953.

The shape of economic recessions

The reality is that this recovery could take different forms.

The V-shape is the most desirable—it begins with a sharp drop, like we've seen in March and April. That's when three million Canadians were thrown out of work.

These economic contractions can be followed by an equally sharp incline, such as occurred in 1953 in the United States.

The difficulty in replicating that this time around is the high level of consumer debt that preceded the current recession.

Many Canadians were already overextended. That's been compounded by a jobless crisis that has had a disproportionate impact on millennials and Gen Z.

The U-shaped recession involves a longer-lasting trough in which unemployment levels remain high.

In these contractions, it takes a while to wash all the economic issues through the system.

A prime example of this was the 1973 to 1975 recession, which was characterized by "stagflation"—stagnation combined with inflation.

This situation was triggered in part by an Arab oil embargo and U.S. president Richard Nixon's decision to cancel the convertibility of the U.S. dollar into gold.

Even though it only lasted a couple of years, it seemed to go on forever. And the economic malaise may have contributed to the overall grumpy mood in the United States that coincided with Nixon being forced to resign.

The W-shaped recession involves a bit of a recovery, followed by another dip, and then prolonged economic growth.

That occurred in the early 1980s when Canada's resource-based economy was thrashed by falling international prices for commodities.

Epidemiologists talk a lot about a second wave of COVID-19 infections. Were that to occur, it might be sufficient to create a W-shaped recession in the western world.

Parts of Europe already experienced the W-shaped economic curve. It began during the 2008 global meltdown, followed by another slowdown from 2011 to 2013 when some of the Eurozone's debt-saddled nations, notably Greece, experienced grave fiscal pressures.

L is for long-lasting

The most frightening economic scenario is an L-shaped recession, which dogged Japan after the crash of the yen in 1991. What followed has been described as the "lost score" as home and stock values remained in the doldrums for 20 years.

The Great Depression of the 1930s was another L-shaped economic disaster.

"L-shaped recoveries are characterized by persistently high unemployment, a slow return of businesses investment activity, and a sluggish rate of growth in economic output, and are associated with some of the worst economic episodes through history," states the Investopedia website.

Canadians who listen to Poloz are likely to conclude that we're in store for a reasonably quick recovery.

But those who paid attention to Siddall's comments might worry about an L-shaped asset crash that could have long-term ramifications.

Those who hear health officials' warnings about a second wave of COVID-19 cases may anticipate a W-shaped curve.

And anyone fixated on resource prices might foresee a U-shaped situation unfolding as the Canadian economy adjusts to a shrinking energy sector.

The challenge for business executives and politicians is to build strategies based on what type of recession we might currently be in. And that could differ, depending where they live.

A prime example is the recession of 1991 and 1992, which hit Central Canada much harder than British Columbia.

It's exceedingly difficult to make predictions, given the plethora of contradictory information out there.

On the one hand, stock markets are doing well and housing prices have held up.

On the other hand, we've seen record job losses, retail sales have crashed, and certain sectors, like hospitality, are on their knees.

It's going to take a while to know for sure which letter of the alphabet will best describe what's unfolding in the Canadian economy.

But it's pretty clear where the governor of the Bank of Canada stands—he's looking at a "V"—for victory, perhaps, as he's on the way out the door.